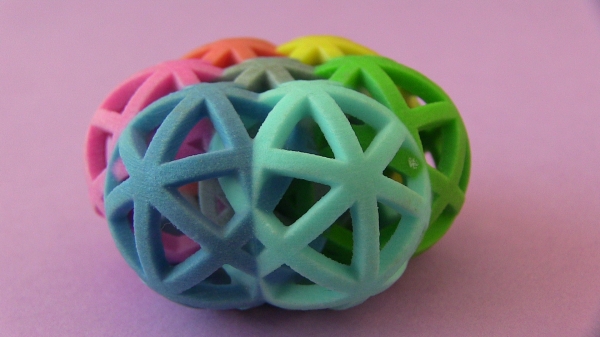 Rapid prototyping based on 3D printing, is a process of manufacturing a three-dimensional solid object of virtually any form, based on a previously defined digital model. Consecutive deposits of material are placed layer by layer until the complete object is built. 3D printing equipment and materials were developed in the 1980s. By the early 2010s, the terms 3D printing and manufacturing, became a synonym for modern technologies.

3D printable models at ProDe UDG Laboratory may be created with a Computer Aided Design (CAD) package, or via a 3D scanner Artec Eva. 3D printed models created with CAD, result in reduced errors and can be corrected before printing, allowing verification in the design of the object, before it is built. At ProDe Laboratory at UDG, for modeling and design process,  we use Solid Works and 3D Studio Max  software packages.

Printing a 3D model is done from an STL file. STL – short for  STereoLithography, is a file format native to the stereolithography CAD software, created by 3D Systems. The STL file is further processed by software called “slicer," which converts the model into a series of thin layers and produces a G-code file. The G-code file contains instructions customized to a specific type of 3D printer.
3D Printer ProJet 660, at ProDe UDG Laboratory, is a powder based printer, where model is built by binding of powder, plaster-based materials. ProJet 660 3D printer, uses the unfused media to support overhangs and thin walls in the part being produced, which reduces the need for a temporary auxiliary supports for the piece. The printer creates the model, one layer at a time, by spreading a layer of powder (plaster) and printing a binder in the cross-section of the part, using an inkjet-like process. Process is repeated until every layer has been printed. This technology allows the printing of full color prototypes, overhangs, and elastomeric parts.